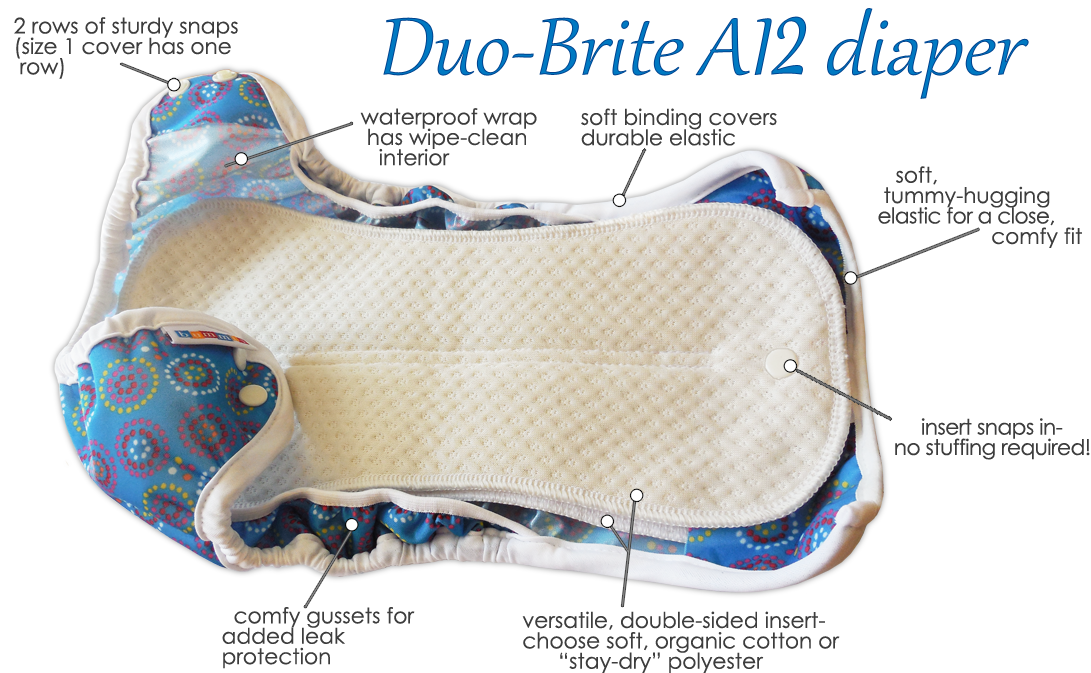 Before I started potty training I discovered a diapering system that I had no intention of loving. But I did.

I always knew there must be a purpose to all-in-twos (AI2), but I just couldn’t figure out why I would want to use an AI2 when I could use a pocket, or an all-in-one (AIO). Not that I thought it was a bad system. I just didn’t see what benefit there was to an AI2 system. I had some on the shelf though, and if I was going to sell them I figured I should probably try them out. You know, just for a fun experiment. So I pulled a Bummis Duo-Brite Deluxe Pack off the shelf, washed and prepped them, and packed them up for a day at my parents. I was excited to try them, I mean, who doesn’t love new diapers?  But I really thought it would be nothing more than a trial. 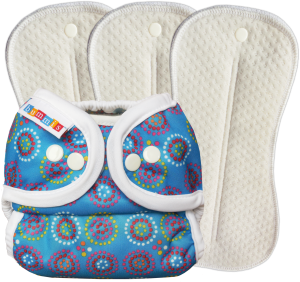 An AI2 is a diapering system that uses a waterproof cover with an insert that (usually) snaps in. The Bummis Duo-Brite is a fairly trim diaper. It’s not as trim as some diapers I’ve used, but it’s definitely not as bulky as others. The insert is double sided so you have the option to snap it in with an organic cotton against baby’s bum, or flip it over and snap it in with the polyester side facing up to keep baby feeling dry. If baby is wet, you simply replace the insert. If baby is dirty, you may need to replace the cover, or you can wipe clean if possible.

I waited to put the Duo-Brite on because I didn’t want to waste them on a dirty diaper and not get a chance to use all 3 inserts. When it was time to put it on I was excited to find that even though Bubs is getting close to the top end of the weight range, it was still possible for me to put the diaper on with the rise snaps done up. A couple hours later I went to change the diaper, and it was a breeze. The insert snaps in at the front of the diaper, so you do have to touch a wet insert. But that didn’t phase me after being splattered with poop every now and then. Then, I simply snapped another insert in and put the diaper back on. Quick. Simple. (Unless you can’t handle touching a pee-filled insert). 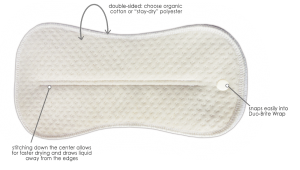 Those inserts were perfect for on the go. Pocket diapers are great when we go out because they’re convenient and easy to change, but they are bulky to pack up. Flats and prefolds on the other hand take up much less space, but do take a bit more time and coordination since you have to fold the diaper. (Note: It’s not difficult once you get the hang of folding flats or prefolds, just not as convenient).  I quite often choose to pack flats and prefolds with a couple extra covers if we’re going to be gone for a whole day. The AI2 is the perfect alternative. It’s simple to use, takes up less space, and there’s no folding! I wish I had known sooner what I was missing out on.

It’s simple. It’s compact. It surprised me. I didn’t expect to love it, but I did. 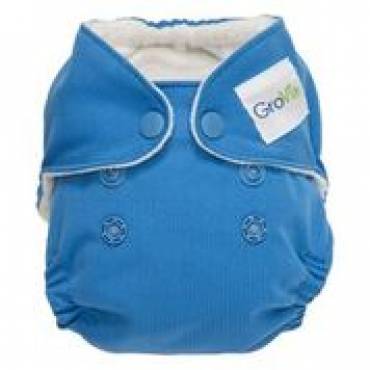 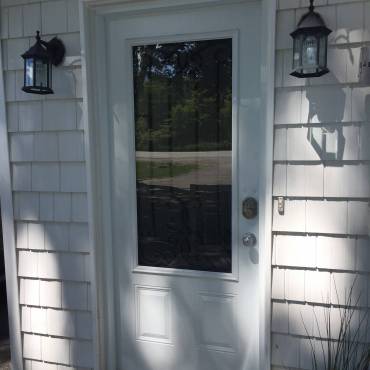 A Tour of The Diaper Shop

You can login using your social profile
Install social plugin that has it's own SHORTCODE and add it to Theme Options - Socials - 'Login via Social network' field. We recommend: Wordpress Social Login
Loading Comments...